Find the best auto insurance quotes by entering your ZIP into our FREE comparison tool!

Weighing factors such as quality of service(s), claims process fairness, product line and pricing is advantageous when shopping for an automobile insurer.

Insurer credit rating is also an important consideration because credit ratings of ‘A’ or higher reflect an insurer’s financial strength. We will help you find the best company with our FREE comparison tool!

Farmers Mutual Insurance of Nebraska has provided auto insurance to the residents of Nebraska since 1979 and has a strong credit rating of ‘A+’ from A.M. Best Company, Inc. This is a smaller insurer indigenous to Nebraska, but has a strong presence with hundreds of agents throughout the state.

Farmers Mutual of Nebraska offers rapid response claims service, and auto insurance discounts for vehicle passive restraints, in addition to multi-vehicle and good student discounts. The insurer reported over $256 million of additional policyholder funds available for indemnification in 2010 per the Nebraska Department of Insurance.

Amica is a multi-billion dollar insurance company that has been rated the highest among auto insurers by J.D. Power & Associates. More specifically, the insurer received award for excellence in four categories including policy offerings, billing, pricing and contact with the insurer.

Amica Mutual Insurance Company has a very strong ‘AA+’ credit rating and has been licensed to offer vehicle insurance in the State of Nebraska since 1945. Amica prides itself on its customer service, flexibility and considers its direct relationship with clients advantageous over the agency model utilized by other auto insurers.

Geico Indemnity Company is the largest of three Geico affiliates that offers automobile insurance. It has over $5.8 billion in assets and has been licensed in Nebraska since 1990. Geico offers discounts of $19.95 to policyholders that pass an authorized defensive driver program.

However, Geico insurance agents with physical offices are fewer in number; only one exists in Omaha, Nebraska. Geico allows electronic payments after registration on its website and also reduces premiums for advance bi-annual payments. Geico is a financially stable company with an exceptional credit rating of ‘aaa’.

USAA Casualty Insurance Group is another of the auto insurance providers with the highest credit rating.

Specifically, this insurer has a credit rating of ‘AAA’ by A.M. Best Company Inc.

USAA has offered licensed auto insurance services in Nebraska since 1990 and has funds in excess of $3.6 billion available for policyholder claims.

This company only provides automobile insurance to members and family of the military. Although this is a large insurance company, the majority of its agents are located in the state in which it is headquartered, namely Texas.

Several insurers beginning with the name ‘Travelers’ exist in Nebraska. Of these, The Travelers Insurance Indemnity Company is most commonly associated with the nationally advertised Travelers auto insurance that many recognize. This ‘AA’ credit rated auto insurer received its authorization to issue auto insurance from the Nebraska Department of Insurance in 1988 and has multiple agents across the state. The insurer had a below average complaint ratio reported by the National Association of Insurance Commissioners for 2010 and a policyholders surplus of over $7 billion dollars.

As with The Travelers Indemnity Company, several insurers whose corporate name begins with ‘Nationwide’ are licensed to offer insurance in Nebraska. Nationwide Mutual Insurance Company is the larger, and more widely known of those companies.

This insurer also has hundreds of agents licensed via the Nebraska Department of Insurance where it has been registered since 1965. Nationwide Mutual Insurance Company has received a ‘AA-‘ credit rating from A.M. Best Company, Inc.

State Farm Mutual Automobile Insurance Company has insurance agents in 83 cities and towns across the State of Nebraska. Omaha, Nebraska has 45 agents whereas most other jurisdictions have closer to one or two each.

State Farm has a comprehensive online policy management platform including payment plan management and paperless billing, but also makes in person service more possible than with discount insurers. State Farm is ranked better than most auto insurance providers by J.D. Power & Associates and has a credit rating of ‘AA+’.

Nebraska drivers insured by Progressive can receive large discounts up to 30 percent for driving habits statistically known to be affiliated with a lower rate of accidents under its ‘Snapshot Discount Program’. Progressive is a large financially stable automobile insurer with over $4.8 billion in assets and a ‘aa’ credit rating. 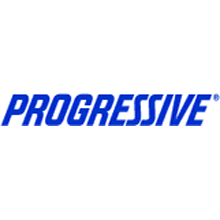 Progressive has 15 agents in a few Nebraska towns per the Nebraska Department of Insurance. This insurer is ranked average by J.D. Power & Associates, and has low complaint levels to the National Association of Insurance Commissioners.

Farmers Insurance Exchange is a large, nationally known vehicle insurer that has been licensed to sell insurance by the Nebraska Department of Insurance since 1972.

Farmers Insurance Exchange has several unique product features including the FarmersFlex program that allows policy holders to keep a base premium rate with three years of accident forgiveness.

Similar to State Farm Insurance in the number of agents, Farmers has 50 insurance agents in Omaha alone. It has a stable ‘a’ credit rating, and over $3.6 billion in surplus capital available for policyholder claims.

American Family Mutual Insurance Company is a member owned insurance company with auto insurance policies available to Nebraskans and 18 other states. American family insurance prides itself on the caliber and personal touch of its agent-client relationships.

According to the National Association of Insurance Commissioners, American Family Mutual Insurance Company only had 20 reported complaints in 2010.

This insurer has an ‘a-‘ credit rating and has been an established auto insurance provider that has served Nebraskans since 1940.

No matter what company you choose in Nebraska, be sure to compare rates with our FREE comparison tool below!