Advertiser Disclosure: We strive to help you make confident insurance decisions. Car insurance comparison shopping should be easy. We partner with top car insurance companies. This doesn’t influence our content. Our opinions are our own.

With so many car insurance companies vying for business, it’s hard to decide which company will offer you the best coverage for the least amount of money. Start comparing today for FREE with out ZIP code search tool! Comparing quotes from several auto insurance companies after giving them your information is best because the company that offers your parents or friend the best rates may not be the right company for you.

Here is information about ten Washington car insurance companies that you can compare:

Pemco Mutual Insurance Company is a mutual insurance company that is based in Seattle, Washington, in the heart of the northwestern United States. They are known for the personal attention they give customers.

The Allstate Corporation is a national insurance company with offices located all over the United States including various parts of Washington state. The company was originally part of Sears, Rhobuck and Co., but their affiliation ceased in 1993.

Allstate is a publicly traded company and offers their policy holders many insurance products including home, life, auto and business policies.

Allstate also offers investment, retirement and banking products. Sixteen companies in Canada and the United States are operated by the Allstate Corporation. Allstate is known for their attention grabbing commercials and their slogan “You’re in good hands.”

They began as a mutual insurance company that specialized in auto insurance for farmers and have grown to be ranked number 34 in the Fortune 500 in 2010.

State Farm has partnered with U.S. highway authorities to provide free roadside assistance to motorists on some highways, but none of the designated highways are located in Washington state.

They offer many different types of insurance as well as banking and financial services.

Progressive Corporation is a publicly traded insurance company that offers auto insurance for both personal and commercial customers.

They also offer insurance to cover boats, recreational vehicles and motor cycles and professional liability insurance for companies. Progressive was ranked number 164 in the Fortune 500 in 2011.

Progressive is known for their competitive rates and many car insurance discounts they offer current and prospective customers, such as their unique snapshot program.

Customers place a specialized device in their vehicle that records their driving habits for 30 days and determines if the driver is eligible for additional discounts.

USAA was founded in 1922 and offers insurance and a variety of other services to members of the United States Military as well as their family members. The company operates mostly by telephone and internet and there are currently at least 8.4 million members of USAA.

Their headquarters are located in San Antonio, Texas, but they serve customers throughout Washington state and the rest of the United States.

Mutual of Enumclaw was founded as Farmers’ Mutual Insurance Company in 1898 and the name was changed in 1966. They offer a variety of insurance products including:

They are a local insurance company who only does business in Oregon, Washington, Idaho and Utah.

Mutual of Enumclaw offers standard discounts to their policy holders including multiple vehicle and good student discounts as well as discounts for drivers over 55 and AAA members.

Amica Mutual Insurance Company has consistently ranked highly in customer satisfaction surveys for over ten years. They were founded in 1907 and are headquartered in Rhode Island.

They have opened 39 offices throughout the United States including a service center in Spokane Valley, Wa and a regional office located in Seattle, Wa.

Amica is known for their exceptional customer service as well as their speed in resolving claims. The company sponsors an annual series of races known as the Amica 19.7 Sprint Triathlon Series. These events are held at different venues across the country each year.

GEICO is an acronym for Government Employees Insurance Company, but the company doesn’t restrict their customers to government employees. They are known for their inventive television campaigns featuring a caveman and a talking gecko.

GEICO was originally a publicly traded company, but is now a subsidiary of Berkshire Hathaway and is fully owned by that company. The company has grown to become the third largest provider of auto insurance directly to customers in the United States.

The company has sold life insurance and homeowners insurance in the past, but has chosen to focus on offering low auto insurance rates to their policyholders, which total around 9 million in the U.S.

Nationwide Mutual Insurance Company was a publicly traded company until 2009 when it was purchased by Nationwide Mutual. They are very involved in their communities in a variety of ways including:

The Nationwide Insurance family of companies includes over 50 companies that offer various forms of insurance as well as other financial and investment products.

They released an iPhone application in 2009 to allow their customers in Washington state and throughout the U.S. to find certified local repair shops, start the claims process and more.

American Family Insurance is a Fortune 500 company that offers their customers a wide variety of insurance products designed for both personal and commercial purposes. 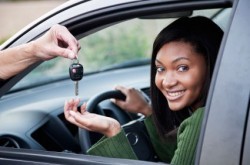 The company is known for focus on serving the needs of families, including their program designed to help teen drivers learn good driving habits.

The program includes a video camera so that parents can see their teen’s driving habits when they are not in the vehicle.

This program earned an award from the National Safety Council in 2010.

American Family Insurance has thousands of local agents who work in offices located in 19 states including Washington. They have a regional claims office located in Issaquah, Washington.

These are just a small sample of all the car insurance companies that offer coverage to drivers in Washington state. Find coverage for your area with our FREE quote comparison!

Some of the companies are national chains while others are small, local companies that only operate in a couple of states. It is a good idea to get quotes from several insurance companies at least once per year to ensure that you are paying the lowest possible prices for the coverage you receive. Compare quotes today for FREE with our ZIP code search tool!